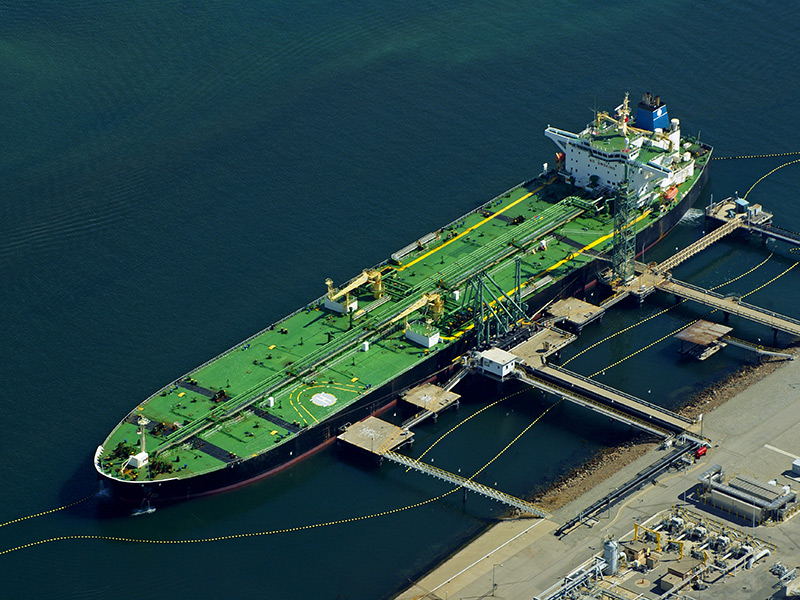 In the 1991`s Law Commission recommendations for COGSA 1992 (Law Com. Report No. 196) it was accepted that there could be cases when the Bill of Lading holders may incur liability not only for discharge port demurrage but also for loading port demurrage. The relevant paragraphs of the Law Commission Report are quoted below:

"[Although] it may be unfair for the holder of a bill of lading to be liable for someone else`s breaches over which he had no control and for which he was not responsible, as […] when demurrage is incurred at the port of loading1 […], these problems are probably more apparent than real. We have received no evidence that claims for demurrage at the port of loading against holders of bills of lading cause difficulties in practice. This is typically a charterparty matter which is settled between vessel and charterer2."

The problems occur only in cases where the charterers-shippers become insolvent and the shipowners try to recover from the consignee.
An example of such case was the 2001`s claim of Siboti K/S against BP France3.
The voyage charterer ENRON became insolvent and the shipowner Siboti K/S sought to recover the amounts due for freight and loading port demurrage from the consignee, BP France. To secure its claim for the payment of freight and loading port demurrage the shipowner asserted a lien over the oil cargo after it was discharged into the shore tanks at discharge port based on Asbatankvoy lien clause incoporated into the Bill of Lading. Then the shipowner brought a legal action in the English Courts against the buyer of cargo, BP France, alleging that by taking delivery of the oil cargo under the Bill of Lading, BP France became subject to the outstanding liabilities for the unpaid freight and loading port demurrage, pursuant to section 3(1)(a) of COGSA 1992.
The claim failed for the lack of jurisdiction because the Bill of Lading did not expressly incorporate the English jurisdiction clause of charter party, but the question that remained following the case was whether the shipowners are entitled to recover the loading demurrage charge from the consignees in case of charterers` insolvency.
Before The "Siboti" case, claims for loading port demurrage charge had been reported in the 1920s in the coal trades with US and sugar trade with Cuba and in 1960s in the grain trade with Soviet Union. In those cases loading demurrage was incurred either due to the unavailability of cargo at the time of ship`s arrival at loading port or due to slow loading or due to delays caused by poor infrastructure.
In order to transfer the loading demurrage risk to the consignees, the Soviet Union shippers used Bill of Lading forms with blanks for filling in "Statement of Facts" information, i.e. the time when the vessel arrived at loading port, the time when the Notice of Readiness was given, the time when the vessel commenced and finished loading4.
The incorporation of "Statement of Facts" information in the Bills of Lading allowed the consignees to determine before the ship`s arrival at discharge port whether there was any loading demurrage due5.
In the US law cases The "Lake Galera"6 and The "Lake Pachuta"7, Bills of Lading containing "Statement of Facts" information were considered to be prima facie evidence that the loading port demurrage was due. In The "Lake Pachuta"8, the judge made the following comments:

"The probability of demurrage at the loading port was fairly suggested by the notations on the bills of lading which gave adequate notice thereof – sufficient, I think, to put respondents on inquiry."

Similar effect was intended to be achieved by filling in the box "Time used for loading" in CONGENBILL form Edition 1978 and CONGENBILL form Edition 1994, the latter still used by the shippers of coal and iron ore.
Another example of Bill of Lading form entitling the carriers to claim loading port demurrage was "INTANKBILL 78" that had a box "Freight and charges" for the listing of carriage charges due to the carrier and contained the following statement:

"By taking delivery of the cargo the Consignee shall make himself liable for unpaid freight, deadfreight, demurrage and other charges."

Whilst the Bills of Lading containing "Statement of Facts" information or stating the actual demurrage charge due remain the best evidence on which the shipowners may base their claims for loading port demurrage9, claims for loading port demurrage against consignees were often made without such evidence or any prior notification at time of shipment, notwithstanding that the Hamburg Rules which are applicable in many countries contain the following provisions:

"A bill of lading which does not, […], set forth the freight or otherwise indicate that freight is payable by the consignee or does not set forth demurrage incurred at the port of loading payable by the consignee, is prima facie evidence that no freight or such demurrage is payable by him. However, proof to the contrary by the carrier is not admissible when the bill of lading has been transferred to a third party, including a consignee, who in good faith has acted in reliance on the absence in the bill of lading of any such indication."

Most of the modern Bill of Lading forms used for bulk commodity shipments no longer contain boxes for stating the charges due or for filling in the time used for loading, the carriers relying instead either on the lien clauses printed on the back of Bills of Lading10 or on the charter party lien clauses incorporated in the Bills of Lading.
However, the shipowners` right to enforce the lien is conditional upon the Master tendering a Letter of Protest at loading port for the demurrage incurred, reserving the shipowners` right to enforce the lien over the cargo at discharge port. The Master`s failure to tender such Letter of Protest may prejudice the shipowner`s right to exercise the lien on the cargo at the port of discharge. In this regard the Clause 21 of Black Sea Timber Charter Party has the following provisions:

"The carrier shall have a lien upon the goods for and until the payment of freight and all other charges and expenses due under the contract of carriage."

The relevant paragraph of the judgment is quoted below:

"There is no reason for reading Clause 27 otherwise than literally, and according to its literal meaning the charterers` liability ceases on shipment of the cargo, provided that the cargo is (as it has been found to be in this case) worth the freight, dead-freight and demurrage on arrival at port of discharge. That is a reasonable meaning because the charterers would expect under this Clause to be free of liability as soon as they had shipped a sufficient cargo, except that they seem to take the risk of the cargo being lost or damaged before arrival. In my judgment, that is the proper construction of this particular charter-party. Its evident intention is that a lien for demurrage will arise under Clause 27 when the cargo is shipped and will be incorporated into the bills of lading under Clause 20 so as to be available against the receivers."

In case of the latter type of cesser clauses which provide that the charterers` liability is to cease when the cargo is shipped, except for the payment of freight, deadfreight and demurrage at loading port, it is obvious that the charterers remain liable for the charges incurred before the shipment, including loading port demurrage. In case the shipowners exercise lien over the cargo, the consignees` potential liability is secondary to that of charterers18 and may normally be invoked only in cases of charterers` insolvency.

This article has been published in Commoditylaw`s Oil Trade Review Edition No. 3.